1. Personality Tests are Important for Career

When we see on television Arnold Schwarzenegger represents the State of California, it's very much like watching him in the Terminator films. It is because he in the films basically plays the part of himself, his own personality.

Only outstanding character actors can convincingly produce a personality different from their own. We should not try to pretend a different personality. It will only seems stiff and inauthentic.

But we can bring ourselves forward on the pitch by giving a personality test a twist against the types that the consultants and companies want. 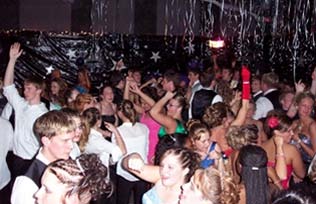 The human resources consultants will tell us before a test that we should just relax and respond with the first answer, which shows up in our mind. It is also in our own interest, they will say, it would be a pity if we ended up in a position not suited to our type of personality. The test is one hundred percent scientific, they will assure us.

What annoys us with the typical test questions is that they are "context-free". They have no connection with specific situations. Most statements in a test a candidate can associate randomly, depending on the experiences, he recently had.

It may, for example, include such questions as "Do you like parties?" The answer will score on inward or outgoing personality. Most test takers would probably wish that they could ask a counter question: "What kind of parties?".

The answer may come to depend on the experience of social events the applicant happens to have had lately. It could have been a crowded bar after midnight with a sound volume of 90 decibels, or a more peaceful gathering with friends, colleagues or family.

Another type of context-free questions are such that goes on: "Does others think that you are this or that type or not?". One would wish to ask "which other?" Are they colleagues, sports buddies, family, friends or what? The test person is forced to respond with something, otherwise he can not continue in the test, and thus can he may do anything rather randomly.

A student assists a professor of Psychology in organizing a quick personality test. Other students are test subjects.

The first test person comes in, and he is presented with a glass of water, half full.

"How would you describe this glass of water?" The professor asks.

The professor notes "pessimist" in his report. 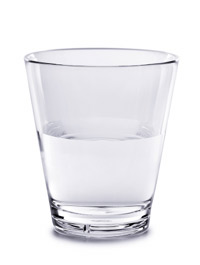 A glass of water - half full.

The second test person comes in, and he is also presented with the glass of water, half full.

"How would you describe this glass of water?" The Professor asks.

The professor notes "optimist" in his report.

The third test person comes in and is shown the glass of water.

"How would you describe this glass of water?" The professor asks.

3. test person: "It is a smal cylindrical container of transparent silica designed for short-term storage of drinkable liquid. Only half of the capacity is currently utilized."

The professor looks up disoriented, obviously, he does not know what to write in his report.

"Oh, sorry," says the student, who assists with the practical part of the test, "I forgot to tell you about - the engineers - they have no personality! They only want to solve problems." 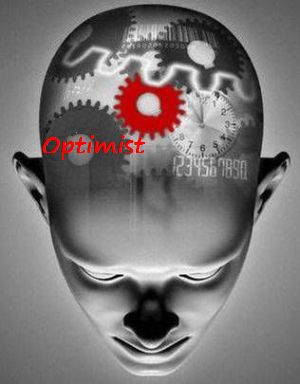 Brain seen through the eyes of a human resources consultant.

The psychological theory of personality tests seems to predict that humans are a kind of robots, which are pre-programmed to react in certain ways in certain situations. They seem to ignore that our actions and decisions in all cases are rational and logical responses to real situations and problems, as they show up in front of us. Humans reactions to real life problems depend most likely more on the nature of the problem than on our assumed inborn personality traits.

For many consultants and companies, a good personality test is equally important as a good exam result from University. For years the students work hard in order to achieve good grades. But a good examination result can be swept aside in a few hours by a bad personality test, applicants being barely aware, what is going on.

It is very important for a candidate to know the rules of the game and have an idea about, how the whole career game works. Which types of test he may meet, and on which personality traits the various statements and answers score.

"Hello, nice to meet you, please allow me to tell you, who you are." Such is the introduction, friendly but firmly, from personality tests.

"The reality is that personality tests can not measure the complex people we are," she writes. "They can not predict, how we will react in specific roles or situations. They can not predict how we change over time. Many tests seek (and find) diseases and bad traits much more than health and strength. Many others do not meet objective criteria for scientific standards of validity and reliability."

"The consequences of these errors are real. Our society makes critical decisions - whether a father or mother must have custody, whether a worker should be offered a job if a student must register for a school or a particular program - based on deeply erroneous information."

She believes that only with introvert/extrovert and possibly aggressive/not-aggressive, you can perhaps talk about innate dispositions. All the rest can change with age and as result of life experiences. Also, we are fully able to adapt our behavior to the situation. Sophisticated personality test will simply put labels on people at an early age.

Her book was published in 2004 and appeared to have got a pretty grim reception by the powerful psychiatric industry in the U.S. and their supporters among the Newspaper editors.

But I can highly recommend the book. It tells about the artist Rorschach and his inkblot test, Starke Hathaway and his purely empirical MMPI test, the unusual relationship between Henry Murray and Christiana Morgan and their TAT test, the intelligent housewife Isabel Myers and her MBTI test, the work-addict Raymond Cattell's eccentric personality and his 16PF test.

Everything is told in a warm and empathetic style. The book is significantly more well written than the reviews, which have been written about it.

Camus: "We continue to shape our personality all our life. If we knew ourselves perfectly, we should die."

Albert Camus was an existentialist and basically believed that the individual makes his decisions completely freely, and he is not governed and programmed by genes, upbringing, education, culture, the means of production, or the will of God. Therefore - according to existentialism - the individual basically chooses his own personality through innumerable decisions that he makes during his life. Because the individual himself has made his decisions in complete freedom, he himself is responsible and there are no excuses. He cannot come to the conclusion that his lack of success was due to his inappropriate personality and therefore it was not his fault.